Todd and Crow took the part of the Renegae Legion, defending their atrillery batteries from an assault by the TOG.  Jeff and I headed up the TOG.  Our goal was to destroy the Legion artillery that had been shelling our forces.  With a Legion fleet in space and heavy AA support guarding the artillery, the only way to take them out is a ground assault. 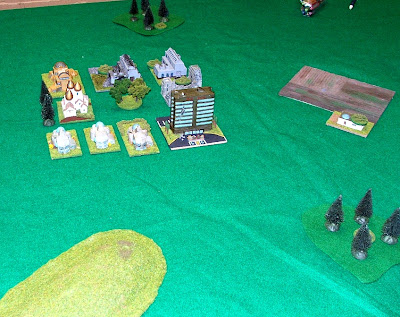 The city in the center of the board.  Tokens scattered about indicate possible militia units. 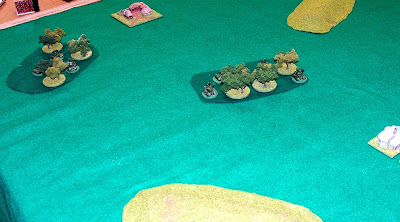 The artillery and AA guns are positioned in woods west of the city. 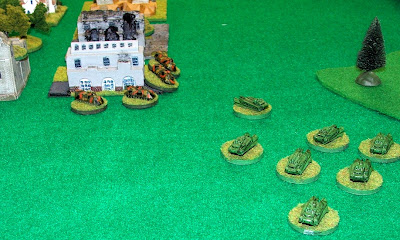 After a some really good (and really unusual) dice rolls from Jeff, the TOG sweeps in from the east and closed with the city on one turn.  Militia armor is spotted and opens fire. 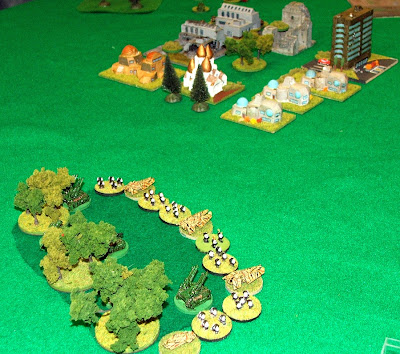 Legion infantry moves in from the west and deploys power armor arond the batteries.

Legion armor crests a hill and lines up shots on the TOG hovertanks in the distance. 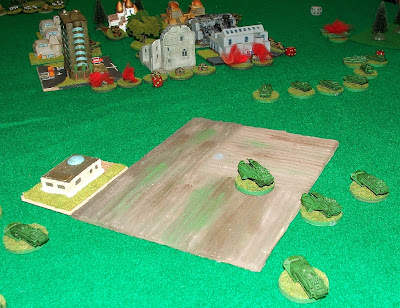 TOG medium and heavy tanks begin sieging the city from the north and east.  Militia scramble to defensive positions and return fire. 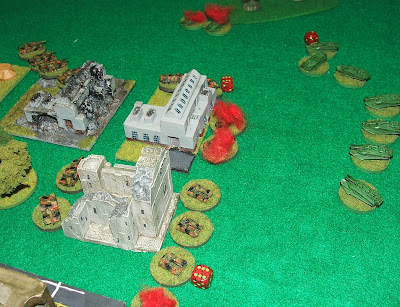 Casualties begin to mount on both sides.

A close up of the battery defenses. 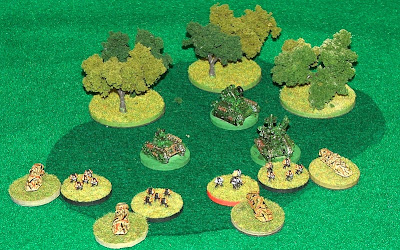 The defenders of the second battery. 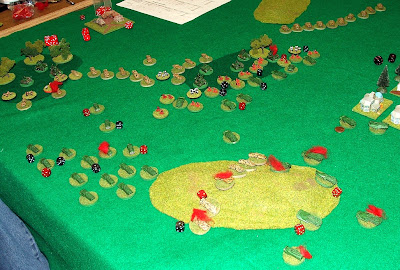 While the TOG armor tangles with the militia in the city, light and medium TOG troop transports sweep south and smash through the front line of the Renegate Legion.  Caution is thrown to the wind as all thoughts turn to completing the mission objective. 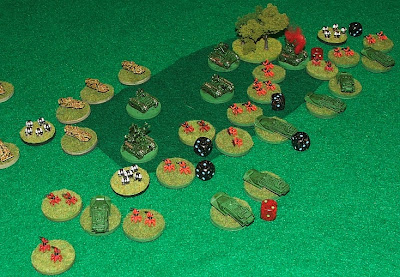 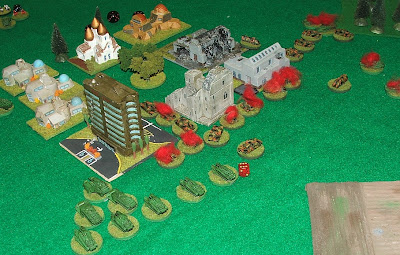 TOG infantry have pushed too far into enemy lines with no support.  The armored units break off their fight with the Renegade militia to defend the infantry's flank from Legion medium tanks.  Militia armor tries to take advantage of the opportunity. 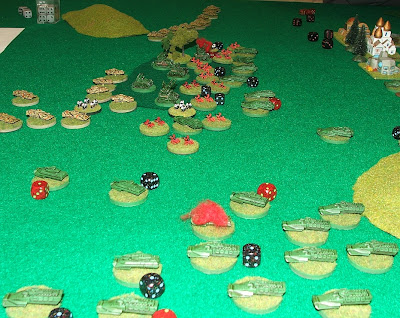 TOG has locked down the center battery, but Legion tanks decimate the light transports as they charge the second battery. 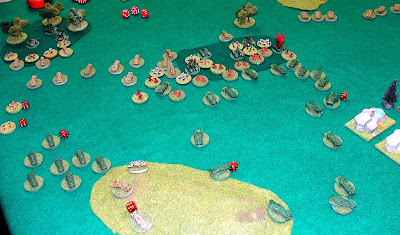 An overview of the late game.  Renegade Legion armor have covered their firing lanes and lay waste to anything that crosses them.  TOG infantry have pushed the Legion out of the center woods, leaving them little chance of saving the battery. 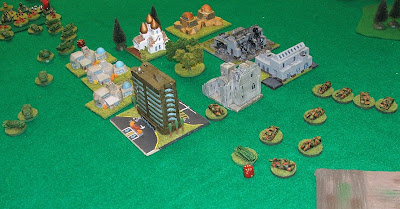 Militia armor mops up the last TOG tank on the east side and prepare to encircle the overwhelmed TOG forces.
It was a tough scenario, but quite enjoyable.  Jeff and I were unable to destroy the batteries against the numerous and fortified Renegade Legion forces.
The game has certainly sparked interest in the 6mm Sci Fi stuff again.  I will have to dig through my boxes and see if I can find my half finished army.
Thanks Doug!
Posted by Christopher Lee at 11:04